Skip to content
Previous Next
‘Muricans at Gastrofest. Or: How to Eat, Drink, and Beer Pong

‘Muricans at Gastrofest. Or: How to Eat, Drink, and Beer Pong

Gastrofest is an ESADE event and sort of a cook-off competition.

Students get together based on their nationality and cook food that traditionally comes from their country. Then, judges sample all of the food, rank it, and declare a winner.

There is also a dance portion which is also judged, but it’s separate from the cooking competition.

To prepare for Gastrofest, the students made teams based on nationality and then got together to discuss and prep.

Preparing for Gastrofest was a challenge for the Americans.

Because we had no idea what to cook.

We just kept staring at each other and asking, “Ummm…like…what is ‘American’ food??”

I got shot down.

We weren’t the only nationality that was unsure of what was considered ‘traditional’ food for their country.

Chad suggested to his Canadian team that he throw on some hockey gloves, drizzle himself with maple syrup, and lie on a serving platter.

He got shot down, too.

Good ideas never get any credit around here.

Eventually, the day of Gastrofest arrived and we gathered at the Astoria club with our many (many!) dishes of international food.

I can’t tell you how amusing it is to teach the rules of beer pong to foreigners who have seen the drinking game a million times in American movies but never actually played it themselves. It was awesome.

Apparently, there are some lines of awkward that even I won’t cross.

Imagine it: Fifty tables of international food. And each table has a variety of different kinds of food to sample.

If you know anything about my eating habits, you will know that this was both my heaven and my hell.

I was running around trying everything.

Except that weird sardine-on-dry-bread thing from Kazakhstan.

Sorry Serique, but that was not happening.

I ate everything that I possibly could and I still didn’t hit half of the tables.

As the evening progressed, the performances started.

Remember: For Gastrofest, we could do a cultural dance, if we wanted to.

And you know I wanted to.

We had performances from Japan, Brazil, Peru, Spain, Indian…and ‘Murica.

The ‘Muricans and I had prepared a dance that can be best described as a remake of The Evolution of Dance. We did twenty two songs in five minutes, everything from Elvis to NSYNC.

Don’t believe me? Check out the vid here.

Seriously, it was amazing.

And as much as I would like to claim that I’ve got some dance skillz, it was Nathan who stole the show: 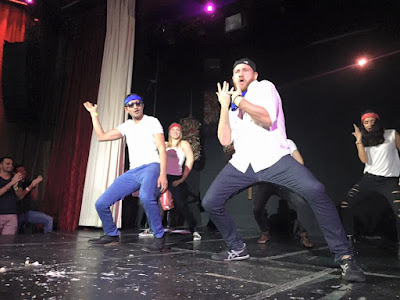 He liked it and he put a ring on it. #wifedup

The Indians swept both categories. Several weeks later, we got the results from the judges.

Which means that we lost the dance competition.

As you can tell by the Facebook post below, I took the defeat with my typical amount of grace and acceptance. 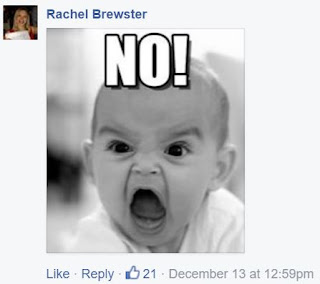 And, as I write this, I am at home for Christmas break and I am eating real American food. After all, my mom’s a great cook.

She’s made me Chipotle, Perkins, and Scrubway.

It’s my own  ‘Murican Gastrofest.